Posted by Shaaleitikvaadmin | With Comments are off for this post. | In Uncategorized

On Isru Chag Shavuot, our Annual Sha’alei Tikva event was held in Rehovot in honor of the five year anniversary of the establishment of Garin Orot Hanan in Rehovot. The participants enjoyed the performance of singer Hanan Ben Ari and the children enjoyed a play by Tuvia.

The event was held in co-operation with the Department of Jewish Heritage in the Rehovot Municipality and the Sha’alim network, in which more than 3000 people participated, among them the families of Sha’alim from all over the country, residents of the students’ villages of the Sha’alim network, the educational staffs of our schools and a large audience who came to support this social event.

The event was attended by Rabbi Shmuel Eliyahu, Rabbi Itiel Bar Levi, the director of the Land of Israel Heritage in the Rehovot municipality, Rabbi Rahamim Nissimi, chairman and founder of the Sha’alei Tikva organization. A Certificate of Appreciation was awarded to Rav Zev Karov Zt”l and was received by his wife Batya and son Aharon. “We, as our father’s sons, did not know exactly what our father was doing for the Garinim,” said Aharon, who was seriously wounded in the Protective Edge operation, “We will try to continue our father’s work for the Garinim and try to continue giving and supporting the projects which were dear to him.”

Rabbi Rachamim Nissimi, Chairman said at the event, “It is exciting and joyful to see thousands of children, teenagers, parents, Torah families from Tzfat to Dimona, Sderot, Beit Shemesh, Jerusalem, Haifa, Givat Olga or Yehuda all part of this great operation. The families from all over Israel are here in Rehovot. Today we are blessed with many Garinim throughout the country, as Rabbi Mordechai Eliyahu Zt”l has told me to go forward and continue establishing Garinim 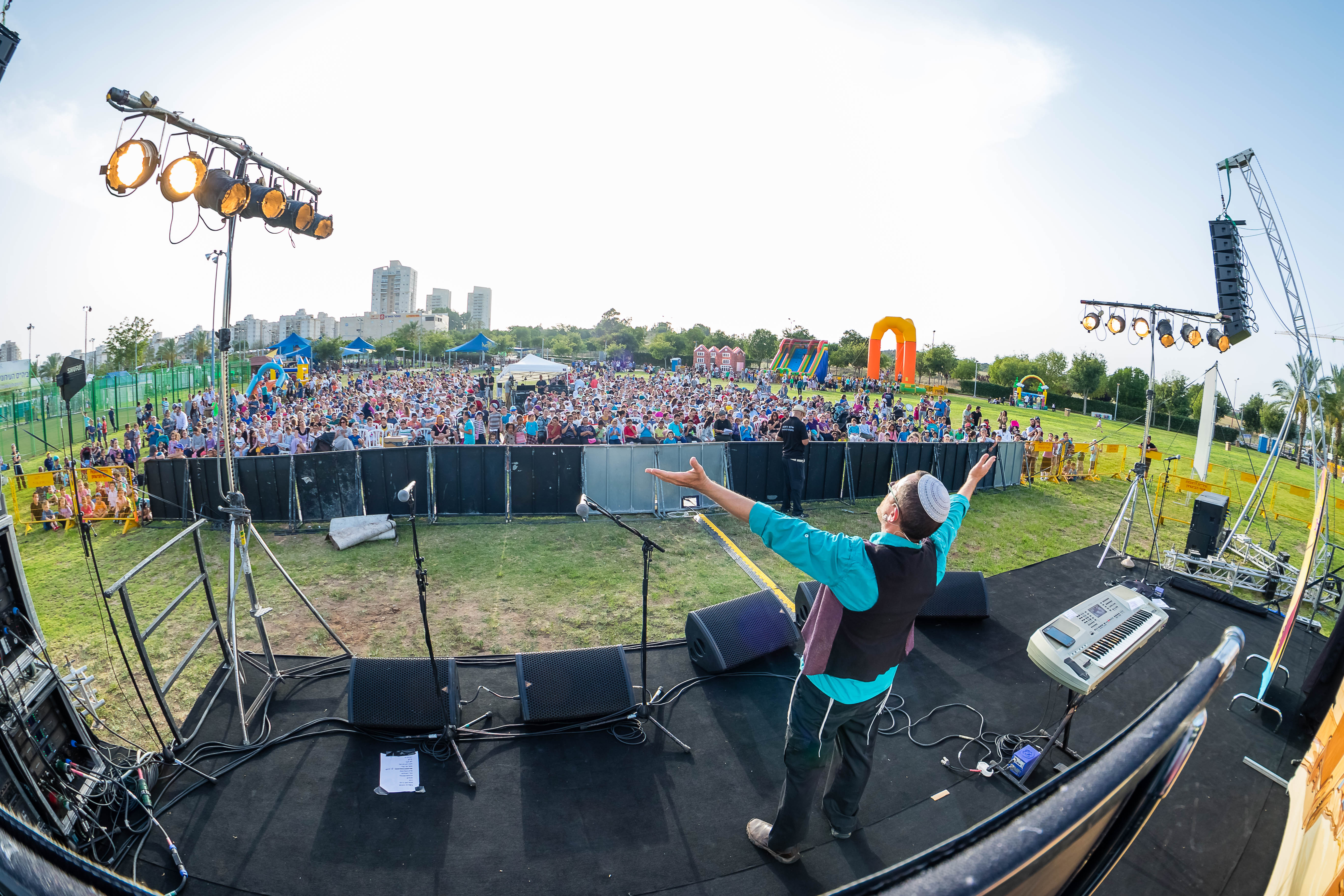 so many years ago. ”